From the infosphere to a “gaseous” ethics

And I let myself go in a dream of lands where every force should be so regulated, all expenditure so compensated, all exchanges so strict, that the slightest waste would be appreciable; then I applied my dream to life and imagined a code of ethics which should institute the scientific and perfect utilization of a man’s self by a controlling intelligence.

The concept of “infosphere”, born in the 1970s, was radically transformed by Luciano Floridi in the 1990s. He builds on this new interpretation to start a renovation of “computational ethics” made essential through the development of the internet: digital technology no longer solved only technical problems of specialists but began to transform society and its traditional landmarks. The responsibility of digital players was changing dimensions and had to be rethought.

Luciano Floridi thus tried to reform computational ethics “from above”, by first laying the foundations of a philosophy and then of an “information ethics”. His work has been spotted: in 2014 Google asked Floridi to join its Advisory Committee to prepare a response to Europe in terms of “the right to be forgotten”. All the more reason to have a closer look at it

So here we are talking about the “infosphere” in Floridi sense, the information that circulates there and the ethical principles that flow from it. We also make some objections to these theses. 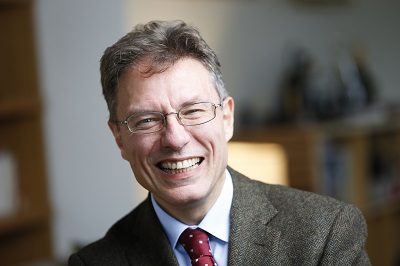 Luciano Floridi is a philosopher born in Roma in 1964. He currently teaches Philosophy and Information Ethics (IE) at the University of Oxford. His intellectual journey is bound to the mainstream of analytical philosophy and respects its principles: the primacy of internal coherence of discourse and the secondary place given to “reality” as such.

Therefore, grasped by Luciano Floridi, the concept of “infosphere” owes its definition and its developments to a powerful internal logic rather than to a correspondence, even only intuitive, with the world as it appears to us. The “infosphere” catches everything1 :

The term has been used by Luciano Floridi on the basis of biosphere, to denote the whole informational environment constituted by all informational entities (thus including informational agents as well), their properties, interactions, processes and mutual relations.

By “informational entity” we must understand everything that exists, living or inert, natural or artificial. In the 1970s, the infosphere was only envisaged as the information network which then spread through the social environment (media, etc.). Floridi raises it to the level of an “environment” in which all physical, biological, social phenomena, etc. are manifested. resulting from activities and exchanges between information entities.

According to Luciano Floridi, the infosphere is the concept attached to the historical phenomenon which he calls the “fourth revolution”. He usually reminds us that we experienced three major episodes of decentering (the three “narcissistic wounds” of Freud): the end of geocentrism with Copernicus, the end of biological anthropocentrism with Darwin, the end of the centrality of reason in the transparent spirit with Freud. We would now be faced with this fourth shift, the “digital revolution”2, which would take away from man his status as a unique information agent3.

Everything being information (in the strong, ontological sense), we are invited to structure a “philosophy of information“:

The brightest philosophical minds should turn their attention to this concept [of information], to design a philosophy of our time that is properly conceptualized for our time.

According to Floridi, this philosophy of information must overhang any practical philosophy, any moral, any ethics of postmodern times. 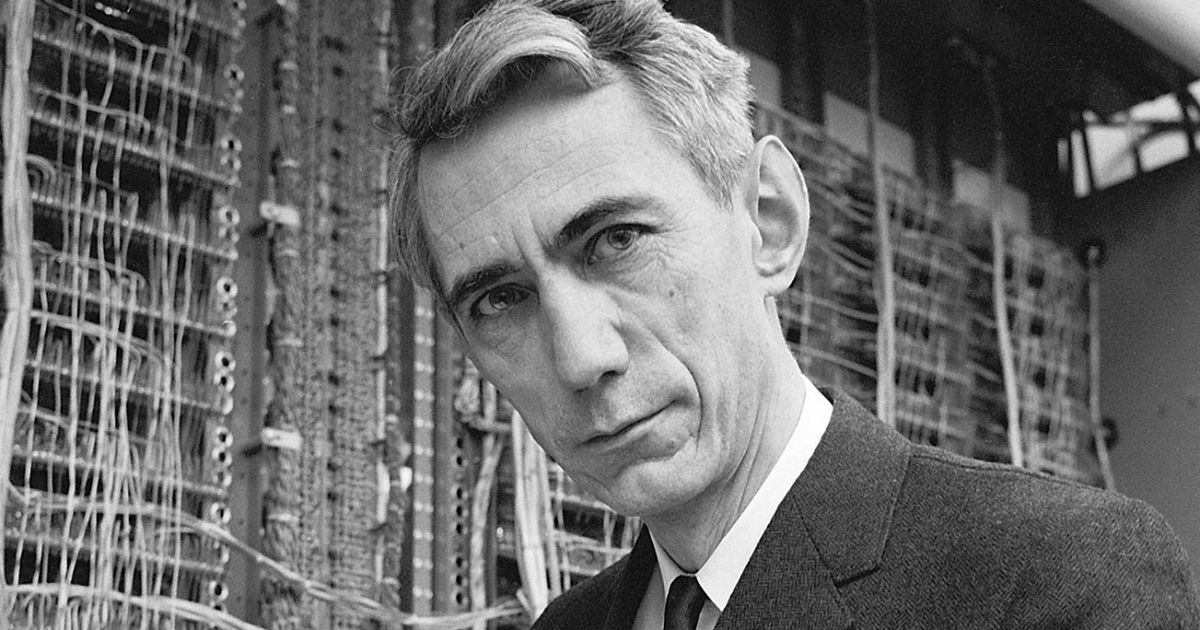 Information is both a concept intuitively understood by everybody and a concept grasped by the sciences, the object of the “information theory” developed by Claude Shannon in the late 1940s. This linguistic hiatus, similar to that which exists with “intelligence”, does not facilitate everyone’s understanding of a possible information ethics. In addition, information in the sense of Shannon has a delicate meaning full of logical pitfalls. Despite this, let us try to give it a sufficient idea to understand Floridi’s ideas in terms of ethics.

Classical technical objects (cars, egg beaters, turbines …) are made up of elements operating by exchange and transmission of physical energy (mechanical, thermal, chemical, electrical …). Today’s objects also contain subsets that exchange and process “information” with processors, digital sensors, etc. In these artifacts, the information is materialized in the form of computer bit streaks, “0” and “1”, like tiny “flashes”.

First, it has no meaning without a convention of interpretation. For example, if “01010101” is interpreted as a number in base 2, then it is the number “85” in base 10 and the letter “U” according to the ASCII convention4. An information agent exchanges this kind of information in the infosphere but, above all, must be endowed with a semantic capacity, that is to say, matching bit streaks with things (the letter “U”) or with more elaborate concepts.

Second, without knowing the source, we would be far more surprised to see an ordered message like “01010101” appear than an apparently arbitrary message like “11100101”. In more mathematical terms, the first message is less likely to appear than the second. This “less likely” has, thanks to Claude Shannon, a mathematical measure, which a very lively John Von Neumann would suggest to him to call “entropy“:

You should call it entropy, for two reasons. In the first place your uncertainty [mathematical] function has been used in statistical mechanics under that name, so it already has a name. In the second place, and more important, nobody knows what entropy really is, so in a debate you will always have the advantage.

Intuitively, entropy measures the order (weak entropy) or disorder (strong entropy) state of a system. As an informational agent in the infosphere, humans are extremely organized, complex and unlikely organisms, and therefore remain at a low entropy level until death, when their matter is disorderedly (strong entropy) sent back in the surrounding environment and so, in the infosphere.

IE evaluates the duty of any rational being in terms of contribution to the growth of the infosphere, and any process, action or event that negatively affects the whole infosphere – not just an information entity – as an increase in its level of entropy and hence an instance of evil.

This “scientific” position can recall that of Stuart Russell (Being Stuart Russell – The comeback of Moral Philosophy) consisting in founding an ethics of robots on the learning of a human “value functions”.

The information ethics gives to the informational being a moral value higher than the life (which is only one modality), to this “ontocentrism” (centrality of the being) a value higher than anthropocentrism, to care (care) a value greater than action (deontologism) … The ethics of information is an ethics of care for being (and shares from this point of view some common features with biocentrism in environmental ethics). But the “being” in question is purely informational and, so to speak, “gaseous”: man evaporates.

The “fourth revolution” necessarily excludes the human from the ethical question but at the same time seems to eliminate it completely: the ethics of information, at this level of abstraction, ignores us.

First, information, treated from the angle of Shannon’s theory, in no way prejudges the use that can be made of it, therefore its meaning (in the sense “01010101” means in such context given the letter “U”). Shannon was initially interested in signal transmission and observed that the lower the entropy of a news source (such as “01010101”), the more the signal could be compressed. Floridi must obviously break away from this technical interpretation and take care to indicate that he is talking about “semantic information” (while claiming that Shannon’s theory applies). Yet, the concept of “semantic information” is anything but clear6. Therefore, to pretend that everything is information is neither convincing nor intuitive.

Second, the qualitative properties of the infosphere must be located on an information / entropy axis. On the “good” side, there is stability, persistence, security, confidentiality, etc. (digital professionals will find themselves there) as so many characteristics of information that persists in an organized state. On the side of “evil” are the opposite properties of instability, loss or destruction, misuse, disclosure, etc. But how to translate all these properties into ethical values understandable by everyone?

Third, in the practical case of the “right to be forgotten”, information ethics offers an ambiguous answer to say the least. On the side of “good” is what Floridi calls in English “occurrence”, which corresponds to actual existence, to being there. Entropy side, it is the opposite i.e. the “absence”. Ethics therefore always requires more and more information, a growth of the infosphere. Therefore, it is possible that forgetting is immoral if it leads to the erasure and an increase in the overall entropy of the infosphere. But how can we know without measuring it? We therefore do not see concretely what information ethics can tell us in terms of the right to be forgotten, except to consider that this right, expressed by specific informational entities (humans), does not fall under any moral prescription in the infosphere and ultimately has no meaning. However, we recognize that the “right to be forgotten” is perhaps a poorly formulated requirement, infosphere or not.

Finally, if the infosphere is a place of weak entropy in the universe, then thermodynamics teaches us that it must, to maintain itself in this state, increase the entropy of its environment, that is to say cause a growing disorder in the form of unusable waste (disorganized matter, heat …). It has to sort of “pump out order” around. The question of the border of the “infospheric” system is therefore crucial. We can suppose that Floridi includes in it everything that constitutes our vital environment, namely the earth and the immediate space. But in this environment, it is clear that important subsets, the biosphere for example, degrade by disordering. Consequently, the “concrete information system” (men + artefacts, including cities) seems to apply for itself Floridi’s ethics, that is to say to grow and organize, to the detriment of the rest of the infosphere, which decays under waste and heat discharges. As it stands, this information ethics fails to consider, even in principle, this deadly difference in treatment.

For those who wish to go further, there is a much broader criticism of the work of Floridi by Rafael Capurro, Uruguayan philosopher, who proposes this sentence that we should now be able to catch7 :

Floridi’s “infosphere” is nothing but a Platonic phantasy.

Indeed, does our world, even a digital one, really have a “gueule d’infosphere”?